Russia has a complex gambling history. During the Soviet era, gambling was completely illegal. Gambling was legalised once the Soviet Union collapsed, but it’s not a cut and dry market, and Russia online casinos are a hot topic in terms of legalities.

While land-based gambling is somewhat legal, Russian online players need up to date information before they bet online. Look no further, here is our in-depth guide to online gambling in Russia.

How To Find Russian Casinos 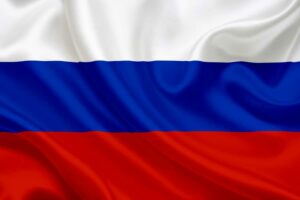 How To Find Russian Casinos

When it comes to both offline and online gambling in Russia, the country’s legislation proves confusing. This country has a long and colourful gambling history, with moments of change usually coinciding with shifts in the nation’s political sphere.

During the communist regime of the 1920s, gambling was outright banned, but towards the end of the USSR, gambling was once again allowed, with the first land-based casinos popping up in Moscow in 1989. As the regime collapsed, so more interest was shown in activities from the West, leading to a rise in poker games.

If you’re Russian or living in Russian territory and looking for the best Russia online casinos, we’ve got your back. We’ve put together a list of the safest online gambling platforms that accept Russian players, and sometimes even Rubles.

We’ve tested every site to bring you in-depth casino reviews with everything you need to know about a platform, from the sign-up process through to cashing out, claiming bonuses and everything in between.

I Go Russia! But Is Online Gambling Legal for Russian Gamblers?

The 1928 prohibition of all kinds of betting in Russia remained in place for nearly six decades and was lifted during the 1980s. At one point, Moscow became the home of over 550 gambling clubs of all shapes.

While in some countries the laws around betting and gambling are greyed, this isn’t the case in Russia, where gambling laws are crystal clear. Online gambling is restricted, while land-based betting is permitted in all of 4 locations in the country. Does that mean you can play at Russia online casinos?

Russian Gambling – Back In The USSR

Betting in Russia has been somewhat legal for about 20 years, with new limitations implemented in 2009. During that time, it was protested that a large number of operators existed that didn’t follow the country’s legal betting landscape, with businesses and operators becoming rebellious. As a result, betting was again prohibited in the greater part of the country.

It was at this time that betting remained legal in just 4 areas: Altai, Primorsky, Krasnodar and Kaliningrad.

The Federal Law No. 244FZ of 2006 left no questions around the legality of Russian online gambling, but this proved difficult to enforce.

Prior to 2006, Russia online casinos and their operators and players enjoyed an open market, with players able to access sites both locally and overseas. Russian companies operating within the nation were forced to shut down their sites or move operations to a different country. Some sites stopped accepting players from Russia. Other operators carried on as normal, which meant the Kremlin had to come up with a way to enforce its online gambling ban.

Finally, in 2012, the Supreme Court of Russia ruled internet service providers to block access to gambling sites and created the country’s regulatory body, Roskomnadzor. By 2017, Roskomnadzor had blocked over 60,000 sites with that number more than doubling just one year later.

Google Agrees With The Kremlin

In January 2019, Google agreed to block casino platforms from its search results in Russia. The search engine company was fined a whopping US$ 7,500 by Roskomnadzor and rumours suggest that in 2018, the regulator blocked tens of thousands of online gambling sites.

While Google initially refused to filter search results as demanded by the Russian regulator, it did agree to pay the fine and update results to exclude gambling websites. Fortunately for Google, the fine handed down by the Russian watchdog was smaller than the maximum amount acceptable under Russian law. However, some links did remain on Google’s platform.

So, gambling in Russia may be banned, but there are still plenty of top online casinos accepting players from Russia and while you may face criminal charges or a fine if you’re caught, there are no records of players being charged with illegal online gambling to date.

Interestingly, private operators in Russia can apply for online gambling licences from the Federal Tax Service. But, under the 2016 amendment to the country’s gambling legislation, this only applies to sports betting and tote licences for now.

To date, a legal sports betting entity in Russia can obtain a betting licence if they meet the following requirements:

Paperwork for these licensing takes about a month and a half and costs around 300 rubles.

But that’s sports betting. What about operators of Russia online casinos? While this country has implemented some of the strictest measures around to stop players from accessing online gambling platforms, there are still ways for you to access the top casinos recommended on this page.

There are many major casino operators who accept players from Russia, giving you the opportunity to play with rubles, seek Russian customer support and even play on a completely Russian-translated casino site.

That means you can still enjoy everything the best international online casinos have to offer, along with Russian-based games and real money casino bonuses, provided you are 18 years or older and complete a casino’s verification process.

If you’ve landed on this page, it’s because you’re looking to gamble at real money Russia online casinos, and the good news is that you can – in RUB, tax-free, provided the casinos are not based in the country or licensed by Russian authorities.

The best RUB casinos today are operated by renowned gambling companies and are fully licensed and regulated by some of the toughest gambling authorities in the world. For you, that means a safe online experience where you don’t need to worry about your details being sold or your funds going missing. 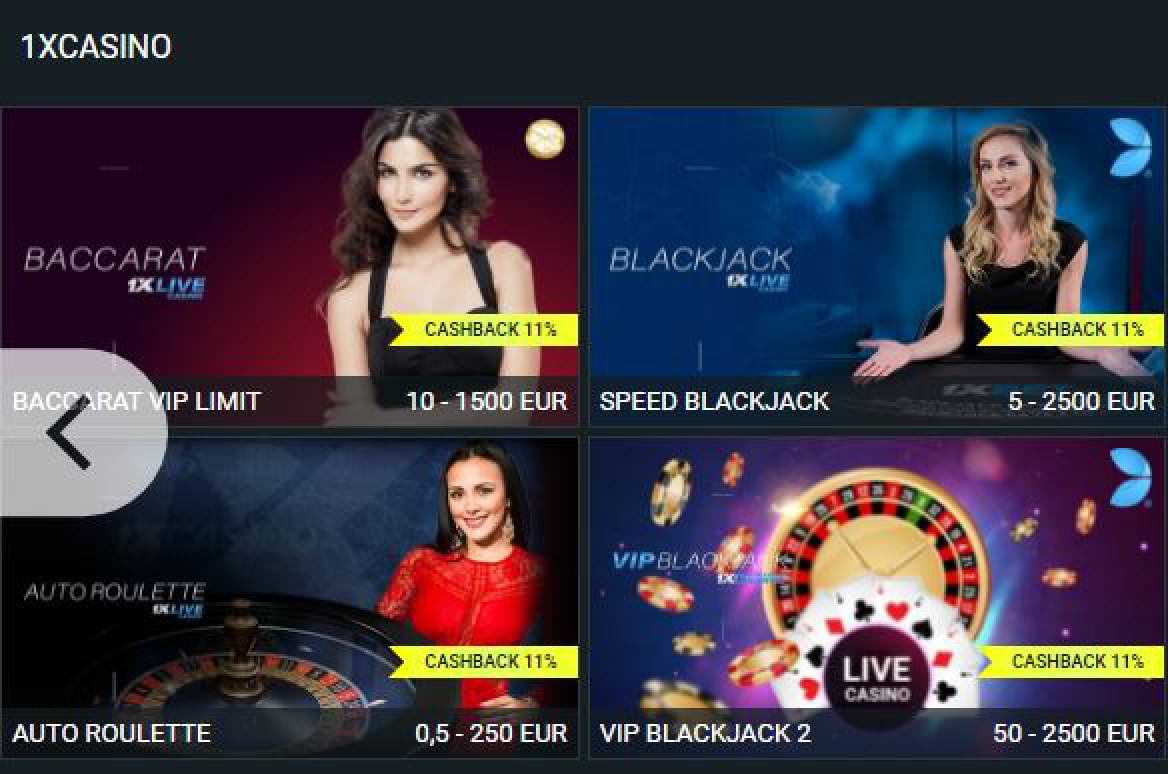 Types Of Online Casinos For Russians

Vodka And Potatoes? No, It’s Slots And Table Games For Russians

Since you have access to the best overseas Russia online casinos around, you can try out games from all the top software developers. These platforms are equipped with games to satisfy all sorts of preferences and bankrolls. So, whether you’re into a bit of bingo or a spot of slots, you’ll find something to play.

Some of the most popular games you’ll find at these casinos include:

When you sign up at the best Russia online casinos, you can look forward to a multitude of exciting bonuses and promotions. Do read each offer’s terms, conditions and wagering requirements to make sure you’re eligible for the bonus and that your preferred payment method doesn’t disqualify you.

Common bonuses you can claim at offshore online casinos accepting Russian players include:

With such a prohibitive legal landscape, it comes as no surprise that some gambling payment methods have been blocked to Russian players. The good news is that there are still plenty of ways to fund your casino account and claim your winnings.

Ideally, you want to choose real money online casinos that accept deposits in rubles, along with speedy transactions and low to no fees. There are a few payment methods aimed at Russian players, with your needs in mind, and we’ve made sure the casinos listed on this page have such banking options.

Besides credit and debit cards along with popular e-wallets, here are some popular payment methods you’ll find at international Russia online casinos:

We must mention that in January 2021, the Russian central bank clamped down on casino transactions, with players only able to play with cryptocurrencies. Several major payment systems, including Yandex Money and QIWI, were temporarily banned from carrying out transactions with any other country in an effort to crackdown on illegal casino operators. Several Russian banks and payment operators faced sanctions, including Onego and Fintekh. With this in mind, check if your preferred payment method is accepted at a casino before you create an account.

Should your preferred online casino not accept deposits and withdrawals in Russian rubles, you will have to pay a small currency conversion fee, based on the exchange rate at the time of playing. You can mitigate these costs by choosing effective banking options such as e-wallets and cryptocurrencies.

The casinos recommended on this page are transparent and straightforward when it comes to these transfer fees, so you’ll know exactly what you’re in for before you even create a new player account.

How To Choose A Casino

How To Choose Russia Online Casinos In Other Countries

Joining an online casino is serious business, considering you need to divulge personal and monetary details. All the casinos mentioned in our reviews have been vetted by our team of experts to ensure they are licensed, legal and acceptable for players from Russia.

When we review online casinos, we put them through a strict list of requirements they must meet before we even recommend them. Here are our requirements.

Pros And Cons Of Playing At Offshore Russia Online Casinos

Despite the downfalls, there are still plenty of reasons to play at Russian online casinos. Your best bet is to weigh up the pros and cons and decide whether or not it’s something for you.

VPN and payment methods aside, Russian players can still get their hands on plenty of generous bonuses and promotions at the world’s leading online casinos – some of which even provide Russian-themed slots and other popular casino games.

There are a number of internationally accredited companies that specialise in helping with problem gambling and the best offshore Russia online casinos, including:

Most of these organisations offer free information and support in the form of FAQs, questionnaires, online forums and trained counsellors.

All the online casinos we’ve recommended for Russian players also offer responsible gambling tools to help limit your spending and gameplay, such as:

Will Online Gambling Legislation Ever Change In Russia?

We can’t predict what the future holds, but it seems to be a sure bet that positive changes for players or operators in Russia are not on the cards.

The Russian government has made it abundantly clear that even should it consider relaxing some gambling laws in the country, this won’t apply to Russia online casinos and online gambling activities. This was already apparent when online casino gaming wasn’t included in Russia’s legalised gambling zones and again made clear when online poker wasn’t included in certain talks. Even if poker is considered a game of skill rather than a game of luck, making it potentially legal, it’s not likely to include online gaming platforms.

There aren’t any massive changes expected in the future, which may mean that whatever technicalities are already in place won’t affect players playing at offshore casinos.

With more than 60% of Russians playing online every day, accessibility isn’t likely to halt anytime soon. While we do hope the Kremlin will reconsider their stand at some stage, you can still play at the best overseas Russia online casinos with a VPN and peace of mind that the casinos we recommend are licensed and safe.